One of the must-see sights in Cihangir is the mosque that gives its name to the area. Sultan Suleiman commissioned the building of this mosque with the great architect Mimar Sinan. Legend has it that he built it for his son, Cihangir, who was often bed-ridden, so he could watch the ships pass by on the Bosphorous. The view is nothing short of stunning, if you have 30 minutes on a quiet day just go and sit there, you don’t have to do anything else. In fact, one of the very reasons for Cihangir’s rise to real estate prominence is the fact that the views are amongst the best in the city.

Cihangir is now one of the prime neighborhoods that have undergone dramatic change over the past 15 years. Once a rough and ready home to alternative artists and long-dwelling locals, it has been propelled into a well-known domicile for famous Turks and expats of all kinds, yet has managed to retain its essentially artistic core. Turkish soap opera stars and film directors are in evidence on every street corner cafe. The Firuzaga Tea Garden in the centre is all bustle but on the coldest of days. New cafes, yoga centers, pilates studios, and bakeries are now a familiar part of the urban landscape.

In the same vein as London’s Notting Hill and New York’s Greenwich Village, its property regeneration progressed slowly over a number of years. The government did not have money for extensive regeneration projects 15 years ago as they do now, and Cihangir has been alone in finding its feet. This organic process has been a positive as it has not attempted to direct it on any pre-determined route which can often leave a neighbourhood without its sense of community and history. In contrast, Cihangir is all about these values. 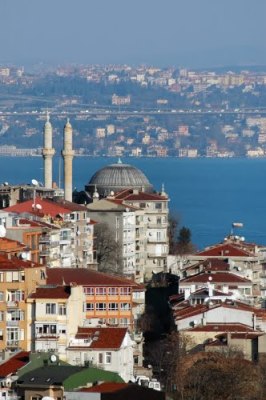 The Mosque with it’s view

The buildings, many of which are being restored or have already been so, offer flavours of Greek, Italian and French architecture, with high ceilings, bay windows, hand-made Turkish tiling, with the odd marble staircase. They tend to be reasonably sized and look quite elegant. As with a lot of Beyoglu and central Istanbul, Cihangir was mainly populated by well-to-do Europeans and Turks in the early 20th century who were often owners of the many trading businesses or worked in shipping, thus having the resources to create and decorate these handsome properties. The area fell into a 60-70 year decline through a myriad of political and economic problems, and only in the past 15 years has it rediscovered an admiring wealthy audience once again. 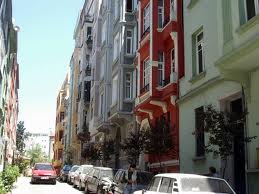 Wouldn’t you want to live here? 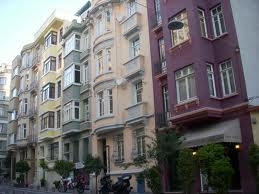 The café, bar and restaurant scene is possibly the best in Istanbul. An evening can start with cocktails in one of the hip bars or cafes such as Zenka with its cool ambiance, moving on to the White Mill Lodge and its great hidden garden and finally ending by getting down and dirty with the underground night crawlers at the infamous Mini-Music Hall!

So what of Cihangirs future? My view is that we will see a steady progression in property value combined with a slickness that normally wouldn’t be associated with Central Istanbul outside of Nisantasi. It is evident on view of local municipality works such as pavements and curbs as these tend to be of a better level and finish than neighbouring wards. Now that the community is moving back once again to its wealthy European roots and additionally with the influx of the Turkish media crowd the pressure is on to raise the local living standards. I have found properties for senior International execs both for purchase and rental in Cihangir, when at one time these guys would have been safely ensconced in Bebek or Etiler never to be seen downtown. The amount of large scale regeneration and infrastructure projects, such as Taksim Square redevelopment in the immediate vicinity raises the International bar considerably. My view is that prices will rise but without the aggressive energy witnessed over the past 10 years. Maybe we’ll see 5-10% year on year capital growth of property with a possible rental return range of 5-7%… not bad in a developed low-risk neighbourhood,  especially now that money can be well levered with a mortgage . Cihangir is here and is not going anywhere South for the foreseeable future!

If you like the sound of the above and you want to own property in Istanbul within a five-minute walk from the very centre, then you are probably not too startled to hear that prices start out at around 2000 euro/ square meter. Majestic Bosphorous view properties in prime location and well-restored buildings have been known to eclipse 6000 Euro/ square meter. The average price would be about 3000 Euro/ square meter at time of writing.

The rents start out at around 1000 Euro/ month for something smart, but not too large, whilst properties commanding the coveted view, of large size (140 sqm and above), and in fine condition can be upwards of 4000 Euro/ month.

As I’m sure we all now know, Istanbul is fast becoming a vast metropolis on a scale
only matched by the world’s biggest cities. This can become a headache for
the-would be property buyer as it poses the question of where?
Where indeed?- In our experience, it’s best to start in the center, as with
a ripple in a pond. It is no real surprise that the centers of the world’s
major cities are usually the most valuable, New York/Manhattan,
London/Mayfair, etc. The out-skirts of cities have their own potential and
can often, in the good times, outstrip the performance of the historic center,
however, in the down times it is downtown property that most often holds its own and
resists the dip. This most definitely rang true in Istanbul in 2009. 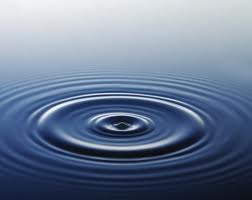 Once you have made the decision to target property in the center of Istanbul the
overwhelming nature of the city becomes more manageable and smaller
neighbourhoods can be identified. If we take Taksim Sq as the center then
immediately south we find Beyoglu comprising predominantly of the
neighbourhoods of Cihangir, Galata and Tarlabasi. Go South again across the
Golden Horn and into the ancient Byzantine town and heavy tourism with the
neighbourhoods of Sultanhammet and Balat. North of Taksim we move into Sisli
and Besiktas with some very upmarket neighbourhoods such as Nisantasi.
Finally further North into the expensive modern semi-suburb neighbourhoods
in Levent. All of these neighbourhoods are accessible and within close
proximity to (or sitting on) the historic sites, the Bosphorous and
nightlife. As with other International cities, the very fact history is
within most of these neighbourhoods adds integrity and long term capital
value to real estate.

The bit we’re talking about

But which neighbourhood suits you best? Is the purchase for lifestyle or purely for investment? – Over the next few weeks I will take a detailed
tour of each separate neighbourhoods mentioned above and what I consider to be the
highlights and qualities of that particular city zone. This will be a unique
exercise and will offer an exclusive insight into their separate cultural milieus,
local flavoring, my take on their history, the pros and cons of actually
living there and finally (when buying istanbul property) the ‘all-important’ what you get for your money in terms of square meter pricing.

In time I will progress this “undercover” behind the scenes survey to other areas of the city
but for the moment we have more than enough to be getting on with.

Cihangir will be our starting point. keep tuned in.

Keith has lived in Istanbul and worked in the Real Estate business for the past 10 years, building up a personal portfolio of property. His knowledge of central Istanbul property is second to non. "There are no gimicks or shortcuts, it's all about being on the ground researching day in day out"
Contact - info@lilimont-istanbul-realestate.com